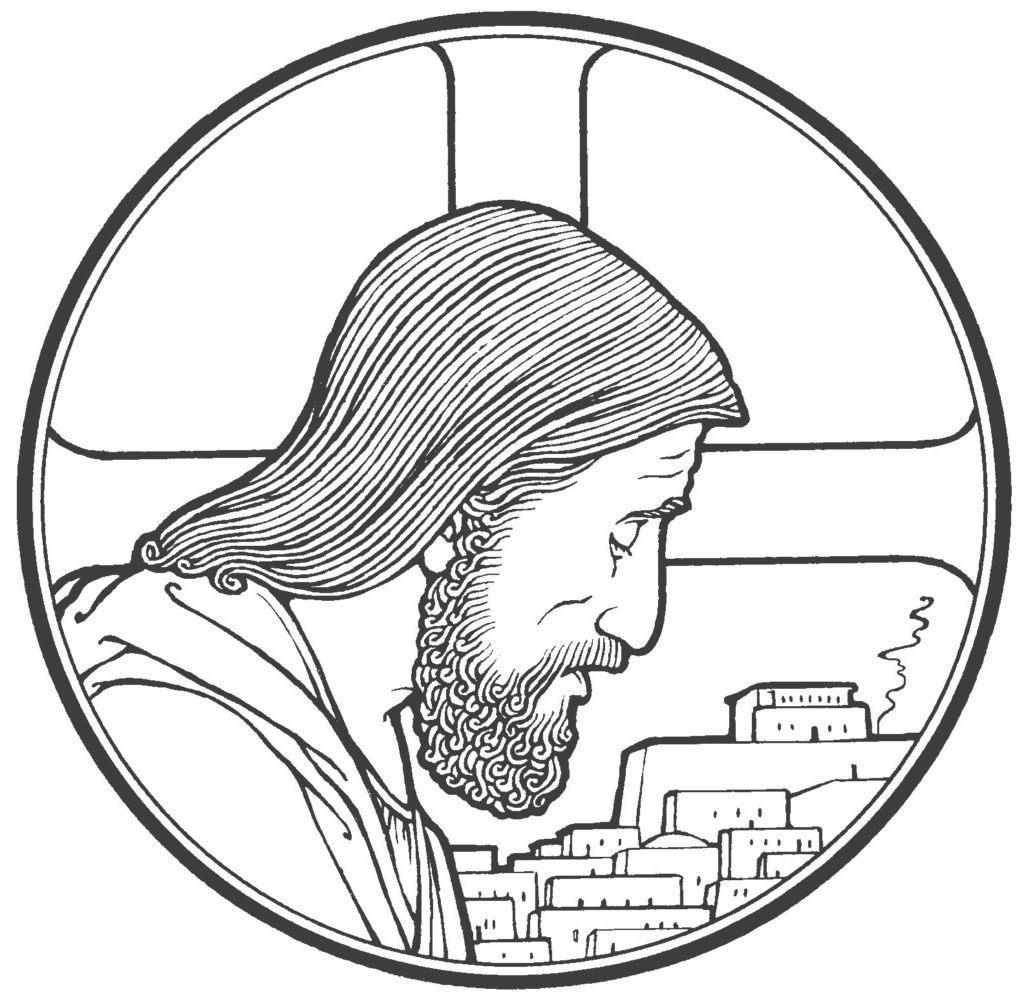 I’m not sure how well you know the story.

It doesn’t come up in the lectionary,

And most folks who start the year in Genesis have given up before they arrive at it.

But there’s an impactful event in Israel’s history that takes place in 2 Samuel 18:

It’s the death of Absalom.

I shouldn’t really call it that. It isn’t as if he got sick and died.

Really, Absalom is killed in battle.

At least, he’s killed near the battle. You can read all the details on your own later.

Absalom is the adult son of King David.

Jealous for his father’s kingdom, Absalom sabotaged him.

For years he lied about David, and made himself sound like a perfect alternative.

Finally, when conspiracy grew into rebellion, there was a battle in the forest of Ephraim.

Absalom’s forces were defeated, and in the turmoil he himself got caught in a tree.

Though David had sworn the commanders of his army not to harm his rebel son,

Still, one of them did not obey; and Absalom was killed there in the forest of Ephraim.

David waited at the gate of Jerusalem to hear good news that would never come.

Finally, when a messenger arrived and told David of his son’s death, he was inconsolable.

[T]he king was deeply moved and went up to the chamber over the gate and wept.

And as he went, he said,

Would I had died instead of you, O Absalom, my son, my son!

David is not comforted by the fact that Absalom was a rebel, because Absalomn is his child.

David cannot say, “Good riddance.” Or “He got what he deserved.”

And the cost of great love is great pain and grief.

That grief finds another expression years later in the Gospel text you just heard.

The tears that filled David’s eyes now fill Jesus’ eyes, as He weeps over rebel children.

O Jerusalem, Jerusalem, the city that kills the prophets and stones those who are sent to it!

How often would I have gathered your children together as a hen gathers her brood under her wings,

and you were not willing!

God sent the prophets to Jerusalem to be as fathers to them;

To correct them; to guide them; to love them and pray for them.

God sent the prophets to Jerusalem to train them in righteousness,

And give them hope by pointing them to and preparing them for their Messiah.

For all this, rebellious Jerusalem met them with stones and curses.

So many times God would have gathered them together, but they would not have it.

And so God sends them more than a prophet.

And the Son fares no better than the prophets sent to prepare His way.

Now they are simply inviting Him to leave, pretending they care about His welfare.

At that very hour some Pharisees came and said to him,

“Get away from here, for Herod wants to kill you.

But that clever fox, Herod will have to wait.

Jesus still has work to do:

Cures and miracles, today and tomorrow,

And on the third day He will finish His course.

Oftentimes those in the Church think they would have treated Jesus better.

Never would they have ignored Him or invited Him to leave.

If only Jerusalem had fully understood who Jesus is the way you do,

They would have given Him a better reception.

Repent. You are not better Christians than they.

As He sent them to Jerusalem, God has sent messengers to you.

He has shown you His clear will in His clear Word;

And still, you have gone your own way.

God’s holy commandments, which you have not kept, bear witness.

Like Absalom, you have imagined that you would be a better King than your Father:

A king who winks at sin, and makes no demands.

And yet, it was not David’s will that his son should die for his rebellion.

Neither is it the Father’s will that you should perish.

This is why Jesus weeps and laments.

Though He is King, He is not a tyrant.

Gently, like a mother hen with open wings, He invites you in.

So, what does a just King do with rebels?

A just King will put them to death.

And if justice is to be given, then Someone truly must die.

But it need not be you.

For the justice of this King is dealt in mercy.

But there is something different about Jesus’ lament.

David wishes that he could die in place of Absalom, but he can’t.

Jesus desires to die in place of Absalom, and He can.

O Jerusalem, Jerusalem, the city that stones the prophets and kills those who are sent to it!

Oh, that I would die instead of you, O Jerusalem, My Jerusalem; O people, My people!

Despite the history of rebellion;

And despite the insistence that He just move on,

Jesus will not simply move on.

He will stay to be condemned and crucified.

Thus they will see Him again on Palm Sunday.

There, the Good News that David waited for at the gate of Jerusalem will finally arrive.

And all the people will shout,

“Blessed is He who comes in the name of the Lord.”

Though He is the greater David, greeted as King of the Jews,

Jesus dies instead as the greater Absalom: a scoundrel and a rebel, caught in a tree.

Though He is the faithful Son of the Father,

He offers Himself in place of the unfaithful.

Jesus offers Himself in place of you.

And the third day He finishes His course,

For it cannot be that a prophet should perish away from Jerusalem.

On the third day, Jesus, the hope of all the prophets, is raised from the dead.

And in that resurrection is the promise that you shall be raised as well.

That is the promise God made to you when He baptized you into the resurrection of Jesus.

In this is the fulfillment of David’s prayer, that rebels be forgiven and brought home.