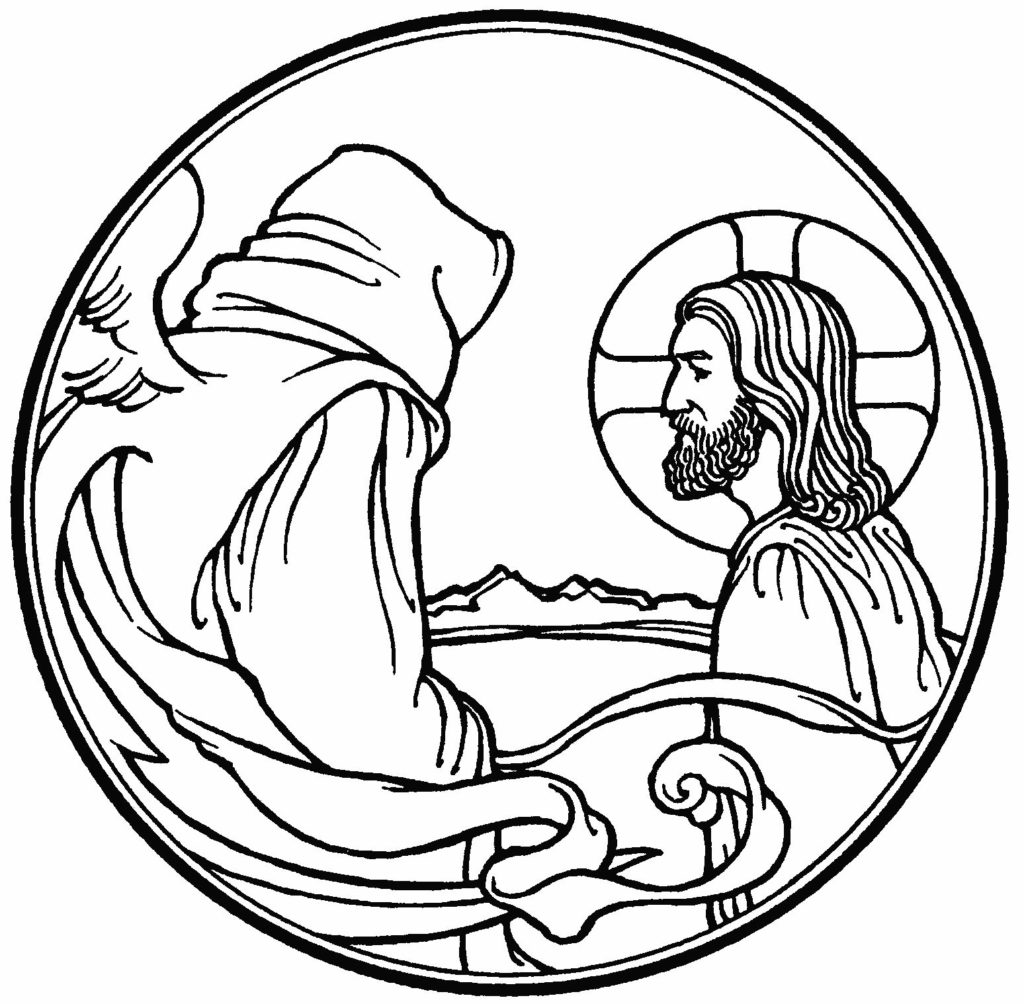 Who are you? How do you know?

After all, that question has puzzled philosophers and angsty teens for time in memoriam,

So there’s no pressure for you to rush to an answer just this second.

Even if you’re absolutely certain that you know who you are, the how is every bit as important.

So maybe let that stew for a bit while we consider a different question.

Just who is Jesus?

This morning that is the question St. Luke puts before you more than anything else.

Who is Jesus? And what does that have to do with His temptation?

You hear this event every year from a different Evangelist,

So it is worth your time to consider how Luke’s account has a different emphasis.

Two years ago, when St. Matthew told you about Jesus’ temptation,

The focus was largely on the temptations themselves, because they are each important.

When you heard it last year from St. Mark,

He assumed that you were paying close attention the year before,

And so he summed up the whole thing in only two verses;

Two short verses that showed you the role of the Spirit: launching Jesus into His ministry,

As He goes about restoring His fallen creation.

Those accounts have something major in common.

Both of those Evangelists, Matthew and Mark,

Speak of Jesus’ temptation immediately after telling you of His Baptism.

Luke follows that order, too;

But for your benefit he is also inspired to insert some extra information first.

You didn’t hear it this morning,

And most people would likely gloss over it when reading the Bible.

Here’s what you missed:

After recording Jesus’ Baptism in the Jordan,

I won’t go through the whole thing now,

But the point he is making is this:

Jesus is not only the son of Joseph (as was supposed),

Luke needs to be crystal clear about Jesus’ identity before telling you of His temptation.

This is the big concern for Luke:

Up front in the temptation is the fact that Jesus is the son of Adam, as are you.

That comes with the territory of being human, which Jesus, born of Mary, is. 100%

And so, Satan treats Jesus like every other son of Adam: He tempts Him.

He viciously and contemptuously tempts Jesus and tries to create doubt.

Sure, Satan knows everything recorded in Luke’s genealogy.

He even heard the voice of the Father at Jesus’ Baptism, proclaiming Jesus to be God’s Son.

But he won’t let plain facts get in the way of his lies.

It’s easy to get wrapped up in the temptations themselves,

And there is even much benefit in understanding them individually.

But what’s just as important as the design of Satan’s temptations is this:

Jesus actively chooses to undergo them.

He is truly a son of Adam.

He is truly one of you.

He is truly Man.

And He is more.

Jesus is a new kind of Man.

He is fully Man, more man than even Adam was.

The early proof is that Jesus, the New Adam, is faithful where the old Adam was not.

He hears the lie and does not entertain them.

He sees the chance to eat, to break His fast, and He does not take it.

He is presented with the chance for glory now, and instead chooses glory later.

All this Jesus does for you in your place.

That is the happy consequence of Jesus being fully Man.

He is obedient where you were not.

He is faithful where you were not.

And even now in the first Sunday in Lent, Jesus is victorious for you.

Even now, at the beginning of His ministry and trials, Jesus wins for you.

And so “A Mighty Fortress” is the perfect hymn for us this morning.

Jesus is by your side upon the plain, fighting for you and winning for you.

That victory that Jesus wins for you is not merely saying “no” to Satans temptations;

Because even more than being tempted toward power and glory,

Jesus was being tempted away from the cross.

That “opportune time” when Satan returns to give it another go,

When He comes back and asks Jesus one more time: Who are you?

If you are the Son of God, take yourself down from this cross.

Jesus gives His final answer with His death and resurrection.

That answer is beautifully summarized for us in the Small Catechism.

“…Jesus Christ, true God, begotten of the Father from eternity, and also true man, born of the Virgin Mary, is my Lord,who has redeemed me, a lost and condemned person, purchased and won me from all sins, from death, and from the power of the devil; not with gold or silver, but with His holy, precious blood and with His innocent suffering and death, that I may be His own and live under Him in His kingdom and serve Him in everlasting righteousness, innocence, and blessedness, just as He is risen from the dead, lives and reigns to all eternity.This is most certainly true.”

We don’t only say that Jesus is God and Jesus is Man. That’s not enough.

Jesus’ identity is absolutely inseparable from His work.

And so the Church can never say who Jesus is without saying what He has done;

Because He did it for you – in your place and for your salvation.

This is also the only way that first question get’s a happy answer.

Who are you? And how do you know?

This is the great reversal!

The Son of God became a Son of Adam,

Jesus gets back all the power and glory that belonged to Him from forever.

And what does He do with it? He tells His Apostles:

All authority in heaven and on earth has been given to me. Go, therefore, and make disciples of all nations, baptizing them in the Name of the Father and of the Son and of the Holy Spirit…” (Mt. 28.18-19)

In Baptism God gives you the same Holy Spirit that sends Him into the wilderness. (Titus 3)

In Baptism you receive adoption as sons and are made heirs with Christ. (Gal 4.5)

In Baptism you get the answer to your question.

You are children of God now.

I know you hear that all the time, and you should.

I know we say it all the time, and we should.

But never ever let repetition allow that fact to lose its meaning to you.

Every time Satan throws your sins in your face, and says you are no child of God,

Make the sign of the cross in remembrance of your Baptism.

It’s not a mere gesture.

You are saying to Satan, “It is written.”

It is written on you.

The cross of Christ has been etched upon your forehead and your heart,

And you have been marked as one redeemed by Christ the crucified;

Your Brother, Savior, Friend, and Victor,