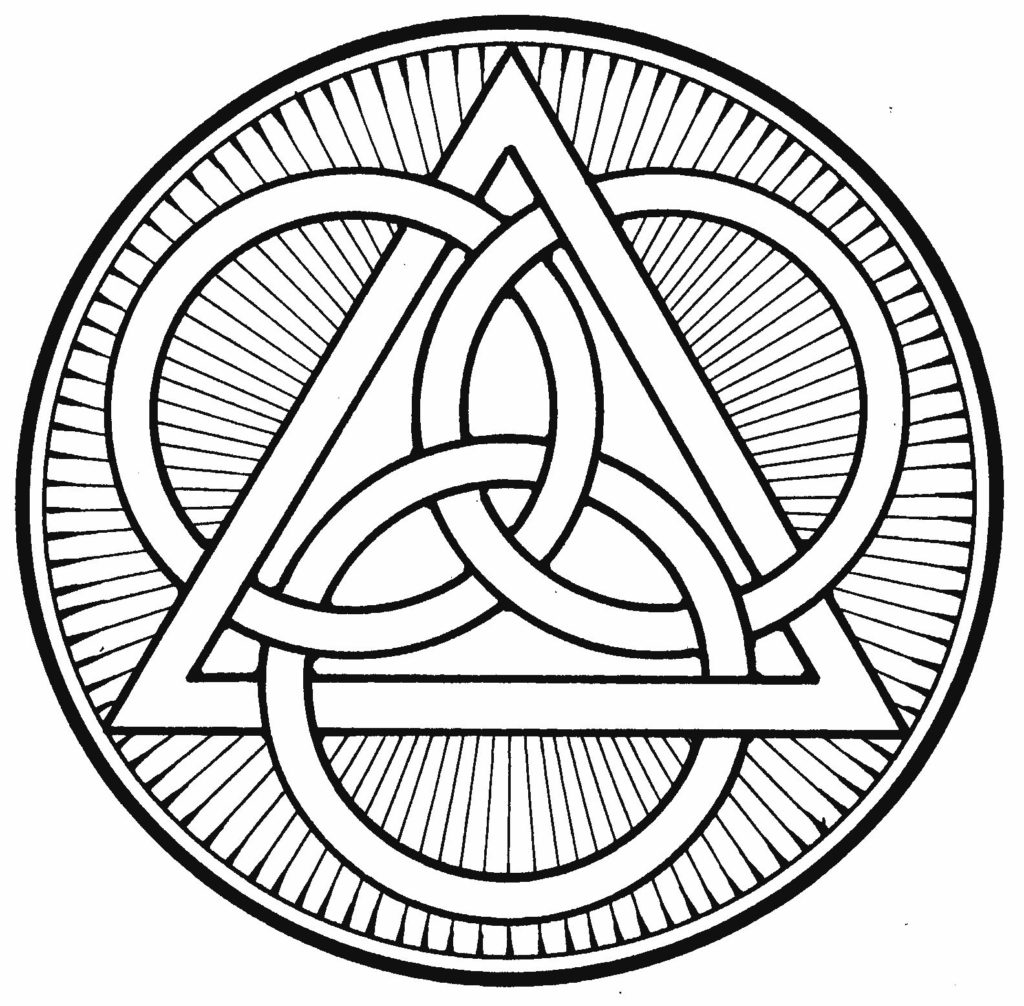 Feast of The Holy Trinity

So goes the Divine Name.

So goes the Invocation you know so well.

That familiar formula that begins every Divine Service.

It is the Name fully revealed in Christ;

The Name Confessed in the Creeds –particularly in the robust one we just spoke.

It is the Name shared within the Holy Trinity.

And it is the Name Christians always ought to have on their lips.

But it also commends us to please use God’s Name.

To call upon Him in time of trouble, with prayer, need, and thanksgiving.

The challenge is that God’s Name,

Particularly when spoken in the Invocation, is so familiar – so wrote and common –

That over time we have become numb to the strangeness of it,

And we have forgotten the audacity of it.

Consider for a moment what a bold thing it is –

To open your mouth, to Invoke (to in vocatus),

To call upon and summon the God of Earth and Heaven;

To address Him by Name – Father, Son, and Holy Spirit, and say something like:

We’re ready for Ya.”

Is that the bravest thing man can do, or is it the most foolish?

Throughout the Bible, God’s presence causes fear, trembling, and reverence.

Because they cannot bear it.

That’s why Moses, in turn, is ever reluctant to approach God –

Even when he is called to Sinai.

That’s why the priests in the Temple do their duty in awe and holy fear,

They saw what happened when Aaron’s Sons, Nadab and Abihu,

And were struck down on the spot.

They all know what it means for God Himself to be present.

And only the most brave or the most foolish would ask for such a thing.

But in the year that King Uzziah died, it happened without anyone asking.

Isaiah would not dare to call down God, the Lord of Hosts.

And so, instead, the Lord of Hosts invoked, called upon, and summoned Isaiah.

I don’t think you could call it a comfortable experience.

Transported to heaven, Isaiah beheld the LORD on His throne,

High and lifted up, and the train of His robe filled the Temple.

The angels sang the Sanctus:

And their praise of the thrice-Holy God – Father, Son, and Holy Spirit,

Was so loud that the room shook as it was filled with incense.

But Isaiah wasn’t brave or foolish.

He was absolutely freaking out.

And it wouldn’t be bad for us to freak out a little bit, too.

Isaiah was afraid – not of smoke and noise;

He was undone by the very presence of the Triune God. And so he exclaims:

“Woe is me! For I am lost; for I am a man of unclean lips, and I dwell in the midst of a people of unclean lips; for my eyes have seen the King, the LORD of Hosts.”

That kind of fear and reverence

Is the primary reaction to God’s presence and holiness in the Bible.

It is true for Moses, Israel, Isaiah, Mary, and even the Easter disciples;

It is true even forg Jesus’ own mommy and His best friends.

How much more full of awe and reverence should we be?

We of whom Peter preaches when He says,

Let all the house of Israel therefore know for certain that God has made him both Lord and Christ, this Jesus whom you crucified.”

It’s worth asking ourselves if we have lost some of that.

Has become either overlooked or overly familiar.

Would dare enter God’s holy presence as casually as we do?

Who would prepare to invoke God’s Name and presence

By chatting about the Red Sox?

Who would be talking about their plans for Memorial Day Weekend

Or checking text messages, and sharing photos of yesterday’s lunch?

There’s a reason we pray the doxology this way:

As it was in the beginning, is now, and ever shall be, world without end. Amen.

And if you are a sinner, He is still dangerous.

And yet we continually invoke His Name and presence.

Woe to us, for we are men of unclean lips,

And yet, the woe you deserve has not been visited open you.

Instead, just as Moses lifted up the serpent in the wilderness,

So the Son of Man has been lifted up;

So has Jesus been lifted up:

On the cross, from the grave, and now to His Father’s right hand.

For God so loved the world, that He gave His only Son,

That whoever believes in Him should not perish, but have eternal life.

Thus you have been lifted up, too.

You have been lifted up from death to life,

You have been born again in Holy Baptism,

That Great Mystery beyond Nicodemus’ understanding.

And so the heavenly throne room into which Isaiah was ushered;

Is yours by birthright.

You have been adopted in the font,

And so the King who sits on the throne is your own Dear Father.

You have been washed into the Divine Name of the Father, Son, and Holy Spirit.

And so you are granted a share in His Kingdom.

By Water & Word, the Name of God has been given to you, and imprinted upon you.

For all of that, God is still Holy Holy Holy;

And that should make us reverent.

A reason to switch up the language of Confession & Absolution from time to time.

As He was for Isaiah, for Moses, for Israel;

As He was for Abraham and Isaac, and Mary and the disciples,

And so in addition to fearful and reverent, we should be confident and joyful, too

Confident and joyful like a prisoner accused of murder,

Whose Lawyer tells him the whole thing has been pinned on Someone Else,

And so He is placed in front of the Judge,

He is declared, “not guilty.”

And then taken to Supper.

It’s not an accident that we sing angel’s song, the Sanctus, in our Liturgy.

As Isaiah was brought up into Heaven,

In the Eucharist, God brings heaven crashing down to earth.

And not just to earth, but to this very altar.

And so we sing with those angels and archangels and all the company of heaven,

With Moses and Isaiah, Mary, and the apostle,

Praise to the thrice-Holy God.

Because He brings His heavenly throne room here.

For His glory does not merely fill heaven, but the earth, as the Seraphim have said.

That God is doing something extra-ordinary

That’s why the altar, just for today, will be filled with smoke,

As a reminder and marker that this is a different place.

I won’t use the two handfuls like the OT priests.

Neither will I press the burning coal to your lips.

We can actually do better than that.

Because Jesus has made the throne-room a banquet hall.

So let us smell and taste and see all that our ears have heard.

Come now to receive the Body and Blood of Christ,

With holy faith and holy fear, with confidence, and great joy.

“Behold, this has touched your lips;

Your guilt is taken away, and your sin atoned for.”