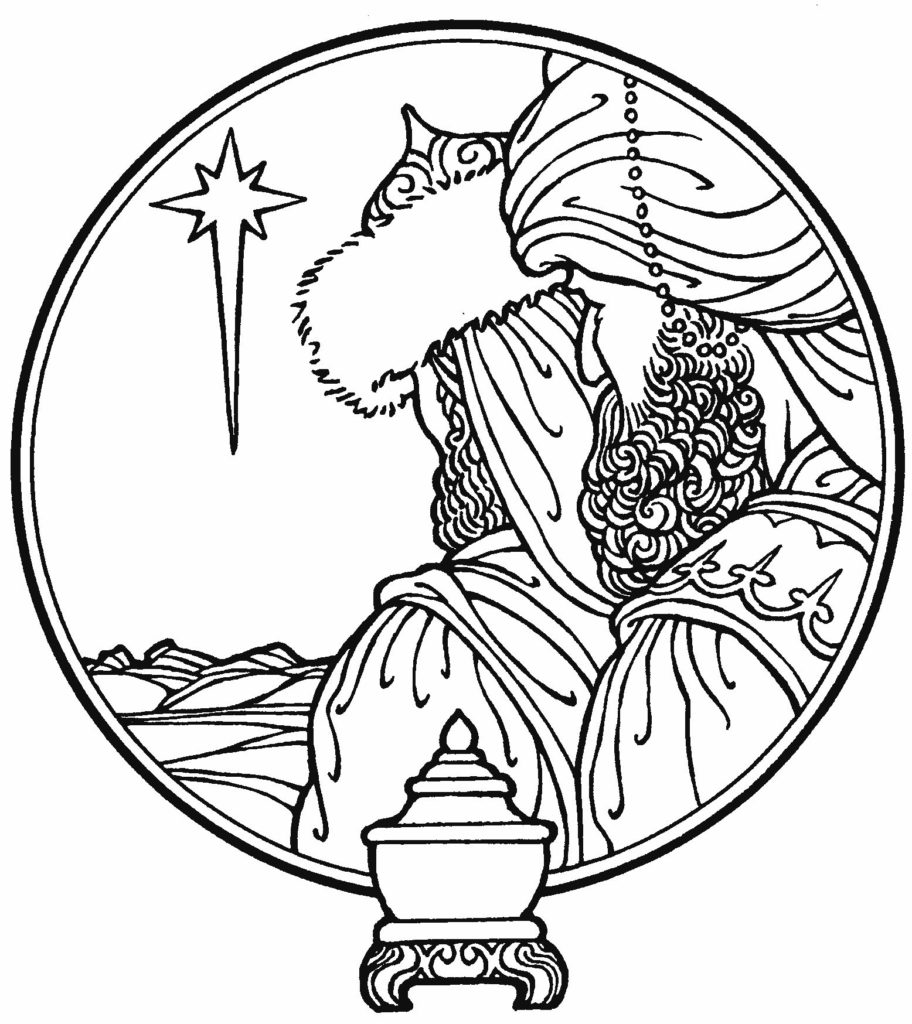 Is by recognizing the long journey of the Magi.

In lot of homes they’ll be placed on the other side of the room from the manger,

And day-by-day during Christmas, they’ll creep closer and closer.

Eventually, on the 6thof January, the great Feast of the Epiphany, they arrive.

And so they have here, too.

All three of them, gathered around the Baby, right next to the shepherds.

There’s a few problems here, compliments of Hallmark and the History Channel.

The first thing is that we have no evidence there were three of them.

We guess at that because of the three gifts, but Scripture doesn’t say.

Beyond that, they never went to the manger.

By the time they arrived, Jesus was a toddler, walking around,

And the holy family had upgraded to a modest home.

Finally, and this in a way is the most important,

The shepherds weren’t there anymore.

As Luke tells us, the shepherds had long since returned to their flocks.

That’s remarkably significant because of who the shepherds represent.

They are real, actual shepherds, of course.

But they are also a picture of Israel, the chosen people of God.

They get the first peek at Jesus in the manger.

Jesus, the Christ of God, is their Messiah,

A Jew, according to the flesh.

And so their inclusion in this great mystery is both appropriate and expected.

The Magi are quite different.

Of course, like the shepherds, they are real, historical figures as well.

It is most likely that they are descendants of a priestly class of Medes,

(That would be modern-day Kurds)

Whom Darius the Great once established as rulers over the state religion of Persia,

Under the prophetic leadership of the exilic prophet, Daniel.

That is recorded in Daniel, chapters 4-7.

Daniel brought the Word of God with him into exile.

And he ruled his caste with faithfulness.

Of course, that was a long time ago, even for the Magi.

Throughout the years they have fallen back in to darkness and unfaith.

And yet, by grace, it appears that some of that Word remains with them.

They don’t really see Him, not yet.

They don’t really behold Him, because He is far.

God gives them this gracious sign in their weakness.

But He does not give it apart from His Word.

The only reason they can even imagine what the star means,

The only reason they would have cause to follow it,

Is because God tells them through the mouth of Balaam and Daniel.

The point is this: they don’t belong in the manger scene.

They have no right, no claim, no ticket, no nothing.

If our traditions reflected this truth,

We wouldn’t put the Magi on the other side of the room.

We wouldn’t even put them in another room.

We’d put them in another house,

In another country far away.

You know where it is, I think.

You lived there once.

In a land of deep darkness, ignorant and foolish;

Limited by fallen reason and ruled by a corrupted human nature.

This means that the glorious scand of Epiphany is that it is not for someone else.

Epiphany is for you.

If the shepherds stand in the privileged place of Israel,

The Magi stand in the place of the Gentiles, everyone outside of Israel.

The Magi represent you.

Once you were not part of God’s family.

Once you were not His people.

You had no claim, no right, no wisdom.

But Wisdom, the kind that comes down from on high, no.

You now have the opportunity to react to this news in two ways:

The first is to respond like Herod, with anger, fear, deceit, and murder.

His response is predictable, and here is why.

If you know anything about him,

You know that he is neither a real Jew, nor is he a real king.

He’s an Edomite, i.e. a traditional enemy of Israel,

And he is a pretender king who owes his station to Cesar Augustus.

His priests and scribes tell him the rest of Balaam’s Oracle:

a star shall come out of Jacob,
and a scepter shall rise out of Israel

But ultimately, he will do whatever it takes to stay in power.

He will not be ruled be Jesus.

That is option one.

Now, and only now, is it appropriate to call them “wise men.”

They came as Magi, as pagan philosophers and stargazers;

They left as “wise men.”

That much we know because of how they left.

“They departed to their own country by another way.”

Christ shines so brightly now that the stars no longer seem so impressive.

They depart to their own country in faith.

They depart knowing that beautiful mystery told us today by St. Paul.

“This mystery is that the Gentiles are fellow heirs, members of the same body, and partakers of the promise in Christ Jesus through the gospel.” Ephesians 3.6

The mystery is that you are fellow heirs, members of the same body, and partakers of the promise in Christ Jesus through the Gospel.

From font, pulpit, and altar, you have been epiphanied.

He who is Wisdom has spoken to you through His Word,

He who is the Life has washed you into His death and resurrection,

He who is born in Bethlehem, the house of Bread,

Now fees you with His own flesh and blood.

You, now, today, depart home by another way.

Not in darkness, but in light,

For you have been enlightened.

In mercy and in grace.

You don’t have to go start a non-profit or a religious order.

The shepherds go back to their fields,

And the wise men go back to their land.

Christ sends you home by another way, but He does send you home.

He sends you back to all the places He has put you:

To your work, and to your play.

To bring to light for everyone what is the plan of the mystery hidden for ages in God who created all things, so that through the church the manifold wisdom of God might now be made known to the rulers and authorities in the heavenly places. This was according to the eternal purpose that he has realized in Christ Jesus our Lord, in whom we have boldness and access with confidence through our faith in him.” Eph 3.9-11