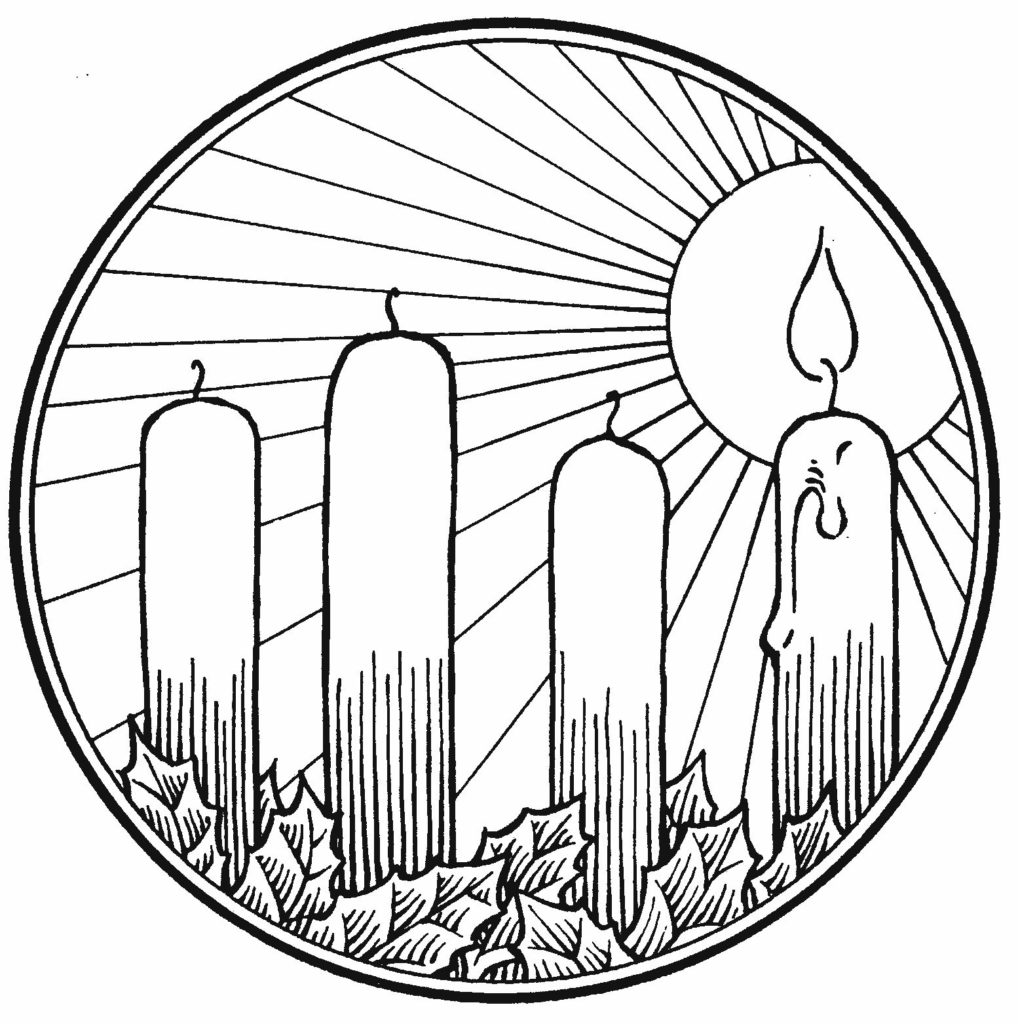 It is a well-worn part of Advent preaching to remind everyone that it isn’t Christmas.

Most pastors are pretty well intentioned in this,

And only mean to help keep their people from becoming too much like the world,

Where Santa comes to Macys as early as Thanksgiving Day.

But the early Church didn’t even have the season of Advent.

Ironically, it came 100 years after the Church began to formally celebrate Christmas.

This evening’s first reading was from Genesis 3;

The sin of the garden, the fall of man, your fall,

There in the new-found ruins of His creation,

God gave a promise to send His Son, a New Man, a New Adam,

But what if Adam had never sinned?

You might not think it matters, because he did sin,

But year after year of talking with teenagers has shown me that they’d like to know.

They never ask it exactly this way, but it goes something like this:

“If Adam and not sinned, would the Son of God have become incarnate and been made like us?”

Without sin, the Bible would have had only two Chapters: Genesis 1 and 2.

With impunity we could speak about a First Article Christianity, where all there is to speak of is Creation.

A sinless race would have known that God made all things through the Word,

I.e. His eternal Son, and that His Spirit gave form to the murky mass;

However, God’s Son would not come to us in the weakness of fallen Adam.

Those words you know from the Creed: “And was made man” Homo factus est

Even if Adam had not sinned, though, Genesis would still have a third chapter.

God was writing a beautiful story when we grasped the pen from His had like fruit from a tree.

And we wrote a different story.

The tree of life held before Adam a promise better than the paradise in which he lived.

Beyond that garden lay a more extraordinary world where God would have been with them all the time and not just in the cool of the day.

In that world, Adam and Eve would have always seen God.

In that world, sun and moon would no longer divide time into days  and nights, and the moon and the stars would not string out time into months, seasons, and years.

Genesis 1 would have become this history you know from Revelation:

“And night shall be no more; they need no light of lamp or sun, for the Lord God will be their light, and [they would have] reigned forever.”

In that new kind of time, God’s presence would not be defined by an abstract doctrine of omnipresence, but HE would be Immanuel, the God who was with His people because He would be one of them.

God would have brought His image in human beings to its divinely intended conclusion.

In that higher reality, the tree of knowledge would no longer hold forth the threat of death.

God might have come as one of Adam’s sons and become one with every human being – a holy God as man with holy men.

But you know that when we wrote Genesis 3 in our disobedience,

We didn’t write it that way.

Substituted was the account of how Adam used God’s image as a license to become a god in his own right,

And so, in Eden, every false god and doctrine was conceived.

Adam confused God’s reflection in himself with the reality that can only be God Himself.

He was like the dog in Aesop’s fable, looking at his reflection in the water, clutching a piece of meat.

In greed for more, the dog thinks the image is real and jumps into the water, ending up with nothing.

Instead of waiting patiently for God’s Advent, for His coming,

Adam rushes toward a fulfillment not yet given to him,

And in that he ruins his own humanity beyond recognition.

He digs his own grave.

You know the rest of the story.

And even if you didn’t, you’ve heard it here tonight.

The offended Creator of humanity became its Redeemer.

Now through Word and Sacrament He refits wayward children as His heavenly companions.

He came down from heaven, as He was always destined to, but now it was for our salvation.

Eve could birth no sinless children, so God designated a new Eve to give the world a sinless Adam, wrapped in your flesh.

His death is worse than Adam’s, but He succeeds where Adam failed.

On that account, God places Him at His right hand where we were destined to be.

Though we do not confuse Jesus with God the Father,

Jesus is nevertheless the new and great progenitor humanity,

And this Father takes us, His children, with Him.

We sit in the heavenly places now.

If we can agree that Luther was one of the few theologians of his day to understand Jesus, we can also agree that our good friend Bach was the only German who really understood Luther, save maybe Chemnitz.

He concludes his Oratorio, which I hope you listen to at least once this season,

With a rarely-found understanding of Christmas:

God has been revenged against His adversaries;

Death, devil, and sin have been crushed.

Mankind now assumes its rightful place at God’s side.

If you are curious about what the third chapter of Genesis would have looked like,

You’ll find it in the Book of Revelation.

“He who conquers, I will grant him to sit with Me on My throne, as I Myself conquered and sat down with My Father on His throne.”

God’s incarnation on earth is completed by our being placed at God’s side,

Which is now our rightful due.

The Advent, the coming of the Son of God to save us does not mean that the whole terrible story we wrote in Genesis 3 didn’t happen.

But it comes very close to that.

*Special thanks to Rev. Dr. David Scaer whose preaching in Advent 2001 provided the majority of inspiration for the above