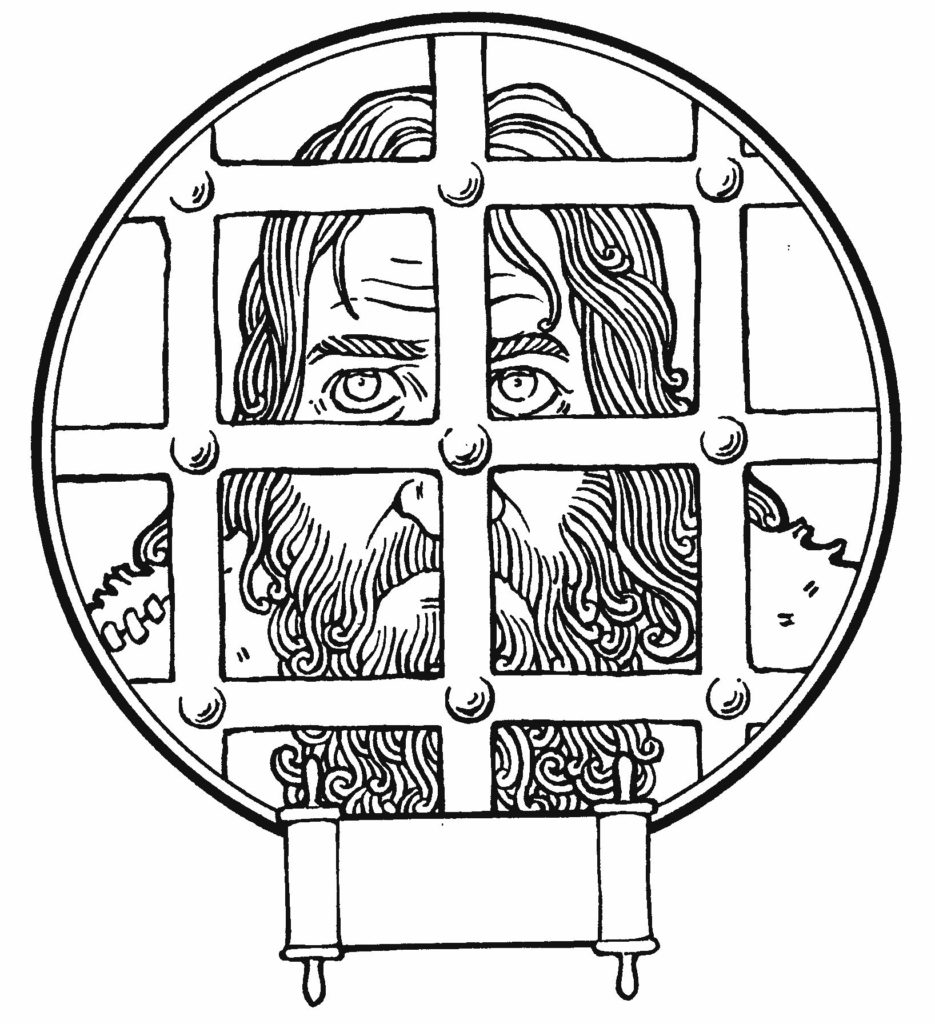 Just last week you heard all about Jesus’ ministry in the Decapolis and in Nazareth:

That He was healing the sick, raising the dead, and ushering in God’s Kingdom.

You heard it – and Herod has heard it, too.

He’s gotten the same report as you.

And now he is scared to death.

He is scared because he has heard this sort of preaching before.

And now he fears that John, whom he beheaded, has been raised from the dead,

Which could explain why such miraculous powers are at work in this Man, Jesus.

In Jesus, Herod fears that John the Baptist is back.

And who knows what he will do to the man who cut off his head,

And gave it away as a birthday present?

Who knows what a resurrected John might be capable of?

But before it ever came to that famous birthday party gone bad,

John the Baptist and Herod knew one another rather well.

It seemshHe even had a sense that John was actually preaching God’s Word.

For when Herod heard John preach, he was greatly perplexed,

And yet he heard him gladly.

It may even be possible that Herod believed John at times.

But when he was called out on his favorite sin, the one he wouldn’t repent of,

He didn’t want him dead.

He just stored him away somewhere safe.

In prison, Herod could go and hear John whenever it suited him.

For while he was greatly perplexed, he did hear him gladly.

But then again, he could also get up and leave as soon as it came to the pesky matter of him taking his brother’s wife.

By locking him up,

Whatever was inconvenient or undesirable.

It’s quite a tension.

On the one hand, Herod is willing to hear God’s Word.

He even enjoys it sometimes, nodding his head along with everyone else.

But on the other hand, Herod wants to hear that Word on his own terms.

So if the preacher of that Word will not play nice,

Then it is off to prison.

And if he has to choose between the preacher of that Word and his sin;

Then, it is off with his head.

Who could do that?

For the sake of reputation;

For the sake of that sin they love so dearly;

For the sake of a present and passing comfort;

Who could sacrifice God’s true and faithful Word?

Who could do that?

Could you do it?

For the affection of a man or a woman who is not your spouse,

Could you shut your ears to the sixth commandment,

Or seek to justify yourself with technicalities and excuses?

Could you sacrifice God’s reputation?

For the sake of convenience and control,

Could you lock away God’s Word in a prison of your own making;

But walking away when that Word got too close to taking control away from you?

Forget the preacher for a moment.

For the sake of life on your own terms,

Could you put God’s Word to death?

Could you do it?

For if we say we have no sin, we deceive ourselves and the truth is not in us.

But your sin is not the same as Herod’s.

With your sin you have not put John to death, but Jesus.

Repent. For the Kingdom of God is at hand.

And whatever you think repentance means,

It does not mean be scared to death like Herod,

Who thinks that John the Baptist is raised from the dead and back for revenge.

No. Repentance is completed by faith.

As in: repent and believe the Gospel.

For this Christ, whom you crucified, israised from the dead.

And is back to give life.

He is the center of John’s preaching:

His is the fulfillment of John’s baptism.

And though John awaits the resurrection in the tomb where His disciples laid him,

Jesus is the Resurrection and the Life.

And Jesus is for you.

More than that, more than merely being foryou,

Jesus is on you and in you.

His Name has been imprinted on you in a Baptism greater than John’s.

His Word is in your ear and in your heart.

His Body and His Blood are yours to eat and to drink for the forgiveness of sins.

In Holy Baptism, Christ has put His Name on you,

And so you don’t have to worry about your reputation.

You don’t have one.

For you are not your own; you were bought with a price.

And you are who Jesus says you are.

He didn’t pay for that right with gold and silver, or even with half His Kingdom.

That’s not how Jesus bought you.

He gave up His throne and glory and traded it for your misery and sadness.

He gave up His righteousness, and traded it for your sin.

He gave up His life and traded it for yours.

And now, even the faith by which you believe this is a gift.

It is the gracious work of God’s Word and Spirit –

Spoken to you in the proclamation of the Gospel,

Poured over you in Holy Baptism,

And fed now to you in His Holy Supper.

You are recipients of more than Salome could have asked,

And more than Herod could have given.

Forgiveness of sins, life and salvation, now and forever. All gift.

In Christ, the Kingdom of God is yours.