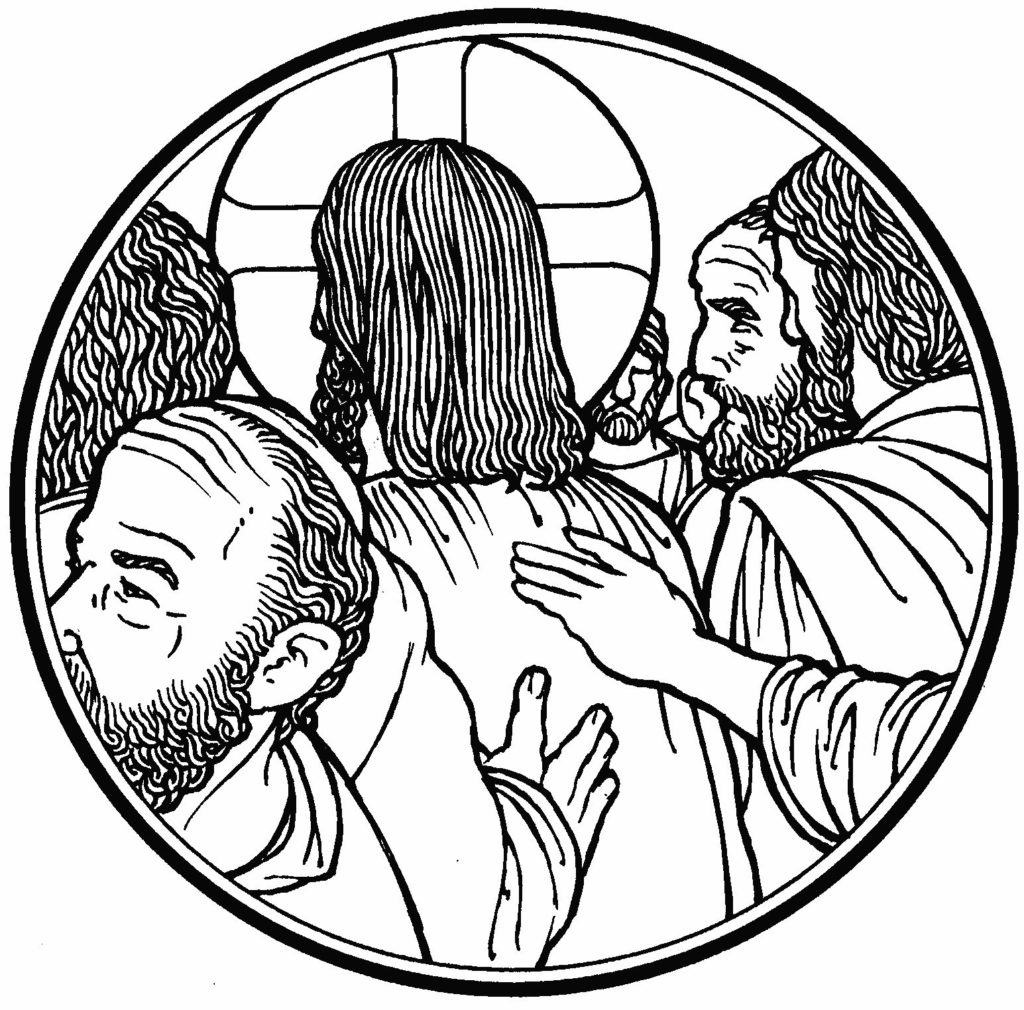 The people of Nazareth are offended.

More than that, they are scandalized.

That’s really what the word “offended” in vs. 3 means:

It means that Jesus Himself is scandalizing.

It’s not because He’s sinning. He isn’t.

It’s not because He’s being mean. He’s not.

It’s not even because He’s insulted them somehow.

The people are scandalized by Jesus simply because He’s just like them.

“He’s not from the capital; He’s from down the street.

We know His mom from bridge-club.

He and His brothers used to play ball with my kids.

Tom bought a table from Him last year.

Now look at Him.

Who does He think He is?

He’s going to come here and tell me I’m a sinner?

He’s going to come into the synagogue Ihelped build and tell meto repent?

I’m not saying He isn’t smart.

Clearly He’s got some wisdom, however that happened.

And sure, He’s done some impressive things among the Gerasenes.

And they were right.

And so, as many do that first Sunday after Christmas, they held Him in contempt.

In response, Jesus didn’t smite them.

He simply marveled at their unbelief.

He shook His head with a sigh, and moved on.

Because, “A prophet is not without honor, except in his hometown and among his relatives and in his own household.”

This is still a problem in the world.

Most are happy to say that Jesus is very wise.

Some will even admit to the miracles.

But when it gets personal,

When Jesus begins teaching and preaching:

Law and Gospel, Sin and grace, darkness and light,

When He starts talking as if He were God Himself,

Then they hold Him in contempt.

…To know what is right for me?

…To know what is good for me?

He’s not better than me.

But Jesus comes by grace as gift.

And so, He will not force Himself.

This is what Luther meant when He said that the Gospel is like a passing raincloud.

You can see it happening now.

Familiarity has bred contempt in the west in general,

And here in specific.

Whatever could have once been said about American being a Christian nation,

If it was ever true, that was a long time ago.

This is a land that is as hostile to the Gospel as the people of Jesus’ own hometown.

And yet that passing raincloud that is the Gospel is bringing abundant growth in places folks thought nothing could grow:

Among the tribes of Papua New Ginuea.

And among Iranian refugees in an utterly secular Germany.

I don’t mention Africa, because they had had been worshiping Christ for 1,000 years

When our ancestors were still offering human sacrifices to trees.

They do not hold Jesus in contempt because He is just like them.

They thank God that He is just like them,

Because by grace they know that is what saves them.

That is what saves you.

Jesus being fully God is not enough.

In order to be the only worthy Sacrifice for sin, Jesus must be fully Man.

In order for Him to die on the cross in your place, Jesus had to be just like you.

They bled and they died to show us what the true Sacrifice would do.

But maybe you didn’t need to be convinced of any of that.

Maybe, even if you grew up with Jesus,

And years of contact have led you to know Him well,

Maybe you don’t hold Him in contempt.

Maybe you do recognize Him to be who He is.

Maybe you really do rejoice that He is just like you.

For the Church, the second part of this story is very important.

Jesus has sent you men,

To proclaim the Gospel.

Jesus has sent men to call you on your sins;

To call you to repent;

To forgive you in His Name;

And to teach you with wisdom not their own.

You know their stories.

You know where they’re from.

You know their family.

You may even know their sins.

That’s why you reject their teaching if it is not what you want to learn.

That’s why your refuse to hear what does not suit you.

That’s why you scoff and hold them in contempt, and dismiss them.

It’s not a new problem.

You heard it in the OT text:

“I send you to the people of Israel, to nations of rebels, who have rebelled against me. They and their fathers have transgressed against me to this very day. The descendants also are impudent and stubborn: I send you to them, and you shall say to them, ‘Thus says the Lord GOD.’ And whether they hear or refuse to hear (for they are a rebellious house) they will know that a prophet has been among them.”

This isn’t about me.

It isn’t even a treatise about the office of the Ministry.

This is about rejecting what God gives because it looks common and dismissible.

Please don’t do that.

Because that very common stuff is the very stuff God uses to save you.

Please don’t hold the water to which God joins His Word in contempt.

Even if you saw the altar guild fill the font from the same faucet you drink out of,

When God adds His Word and Promise to that water, He is doing it to save you.

Even if you know how cheap it is, or if you saw the bottle it came from,

When Jesus speaks Himself into the Chalice, it is not mere wine.

According to His Word and Promise it is His own Blood shed for you.

As for the Host, maybe that’s less of a problem.

Regardless, whether you are receiving the Holy Supper for the first time,

Or the 2,000thtime, please don’t treat it the way the people of Nazareth treat Jesus,

Just because they know where He comes from.

As sure as Jesus is the Son of God,

So is this the Bread that comes down from Heaven.

The common things you would hold in contempt,

Are the things God uses to give us His grace, and to forgive your sins.