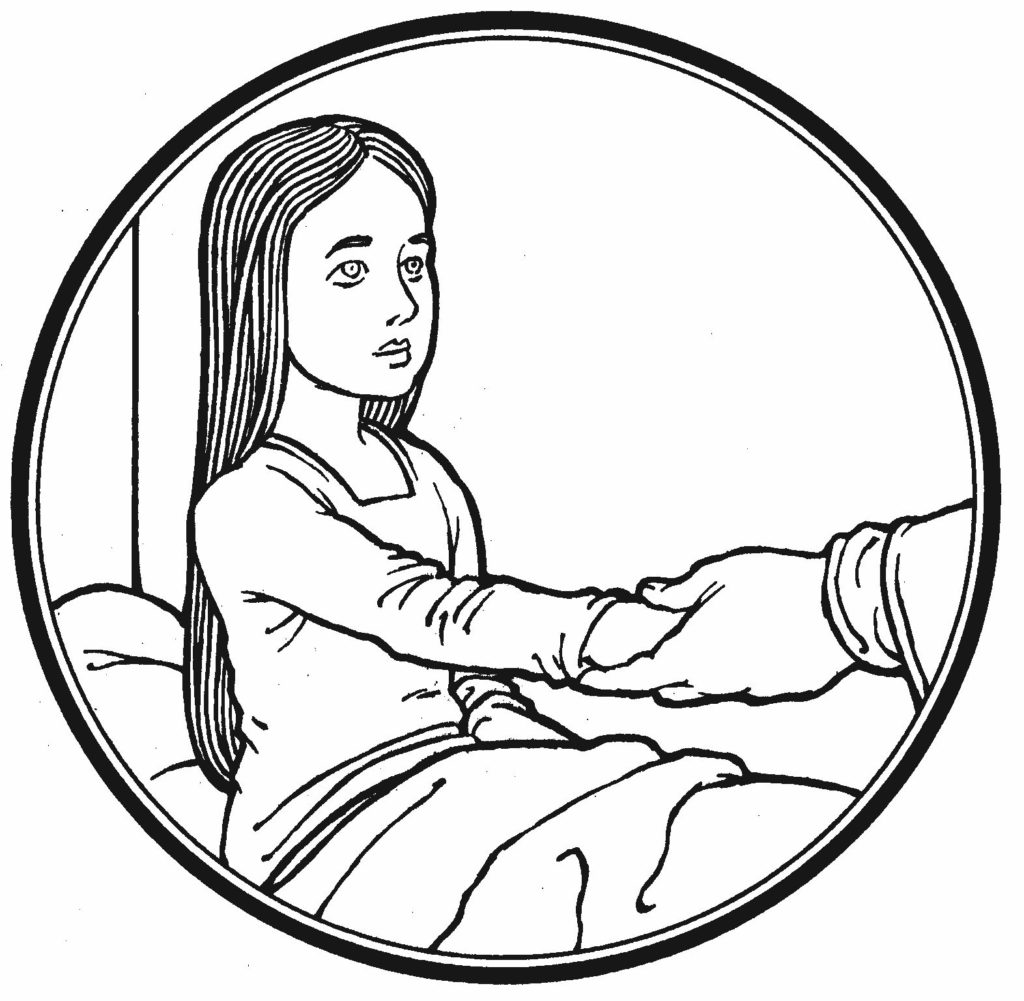 God promised Abraham that He would bring forth from him a great people.

God promised Abraham that from one man, and him as good as dead,

Would arise an entire nation, holy and precious in His sight.

But, by grace, Abraham believed God.

And that faith was credited to him as righteousness.

Of course all this was very good for Abraham:

He had not only righteousness,

But children and prosperity, life and salvation, now and forever –

His every prayer: answered.

What would that have been like? To be “God’s friend;”

Especially at a time when nobody else was?

To be singled out by God Himself;

To be called by name,

To receive a promise:

Children that would outnumber the stars in the sky,

And the grains of sand on the beach.

All this was very good for Abraham;

But what if you’re not Abraham?

What if you’re just one of those many descendants,

More numerous than the stars in the sky

And the grains of sand on Cape Cod?

Does God really care about all those little grains of sand?

Does God really care about me?

That ‘s the question on everyone’s mind this morning.

Jairus is running out of patience;

And his little girl is running out of time.

The unnamed woman is running out of blood;

And the people crowded around are running out of everything else.

They are in desperate need – every one of them.

So they’ve gathered around Jesus, and have Him pinned against the water.

They’re crowding around, extending their hands, and shouting their petitions.

All those children of Israel,

All those tiny grains of sand,

Now gathered on the beach,

Making sure that Jesus knows,

And just hoping that Jesus cares.

But even if they do finally get to the front,

There’s a lurking fear that things won’t quite work out.

You know the feeling:

You’ve been waiting for hours at the DMV –

Tired and anxious, watching people storm off frustrated and upset.

Then you finally get up to the counter and read that infamous sign:

“I can only help one person a day.

Today is not your day.

The woman with the flow of blood has had 4,380 not-your-days;

Jairus’ daughter has run out of tomorrows;

And the great crowd is shouting so loud,

That it seems impossible for Jesus to hear, notice, or heal anyone.

So how crushing was it when Jairus finally got Jesus’ attention…?

Jesus is on the way, to the rescue, and all shall be well;

But then He stops dead in His tracks,

Just to find out who touched His clothes.

Mind you that Jesus didn’t even stop to heal this woman.

She’d been healed the moment she touched His garment.

Jesus stopped just to talk to her.

And while He was having His little chat,

If Jesus ever really cared,

He’s got a funny way of showing it.

What of all your prayers?

For your children? For yourself?

The Gospel for today shows that the answer is yes.

He stops everything to go and save Jairus’ daughter, personally.

Then He stops everything again to comfort the unnamed woman, personally.

And even when it seems too late, Jesus stops death in its tracks, personally.

Death is no more a challenge than sleep for Jesus.

And so He will make Jairus’ daughter well, even if it is not on Jairus’ timeline.

And, ever last person matters the same.

Jarius is not favored because he is rich and pious,

Nor is the unnamed woman rejected because she is poor and timid.

They matter and they are heard.

You matter and you are heard.

However many voices are shouting, you are heard.

But what if Jesus doesn’t get there in time?

What if it is your child who runs out of tomorrows?

What if it is your illness that does not get better?

How do you know?

After all, this set of healings is very good for Jairus, his daughter, and the woman;

But what about you and yours?

All on its own, this account doesn’t really involve you.

So how do you know if Jesus cares?

How do you know that Jesus is really going to do something?

Your answer hangs from the cross.

There is the proof that Jesus has intervened; that He’s done something.

Abraham was as good as dead,

But Jesus was dead.

And from Him who died for you,

God has raised up a holy nation, a kingdom of priests, a chosen people.

Jesus Christ, crucified and risen for you –

That is how you know Jesus cares.

That is how you know Jesus has acted to save.

Without that, without Jesus’ death and resurrection for you,

All the other miracles in Scripture mean nothing.

Without that, even your temporal healing would mean nothing.

That woman with the bleed eventually died.

And Jairus’ daughter did, too. Again.

But because of Jesus’ death and resurrection for them,

Their biggest, boldest, most desperate prayers are answered:

Because of Jesus’ death and resurrection for them,

He will speak again the same words He speaks today:
Talitha kumi. Little child, I say to you, ‘arise.’

Jairus’ daughter is his now and forever, never to be taken away again.

The unnamed woman has a name, and her Shepherd knows it.

They do not envy Abraham.

And you need not envy them.

You have been singled out every bit as much as they have.

You have been called by name in Holy Baptism.

You have been washed into Jesus’ death and resurrection.

Christ has joined Himself to you.

He cares about you.

He has acted to save you.

And so todayis your day:

To have your sins drowned again in the water;

To be given something to eat.

As for your tomorrows,

They are more than the stars in the sky,

More than the grains on the sand of the beach.

And they’re looking good, too.