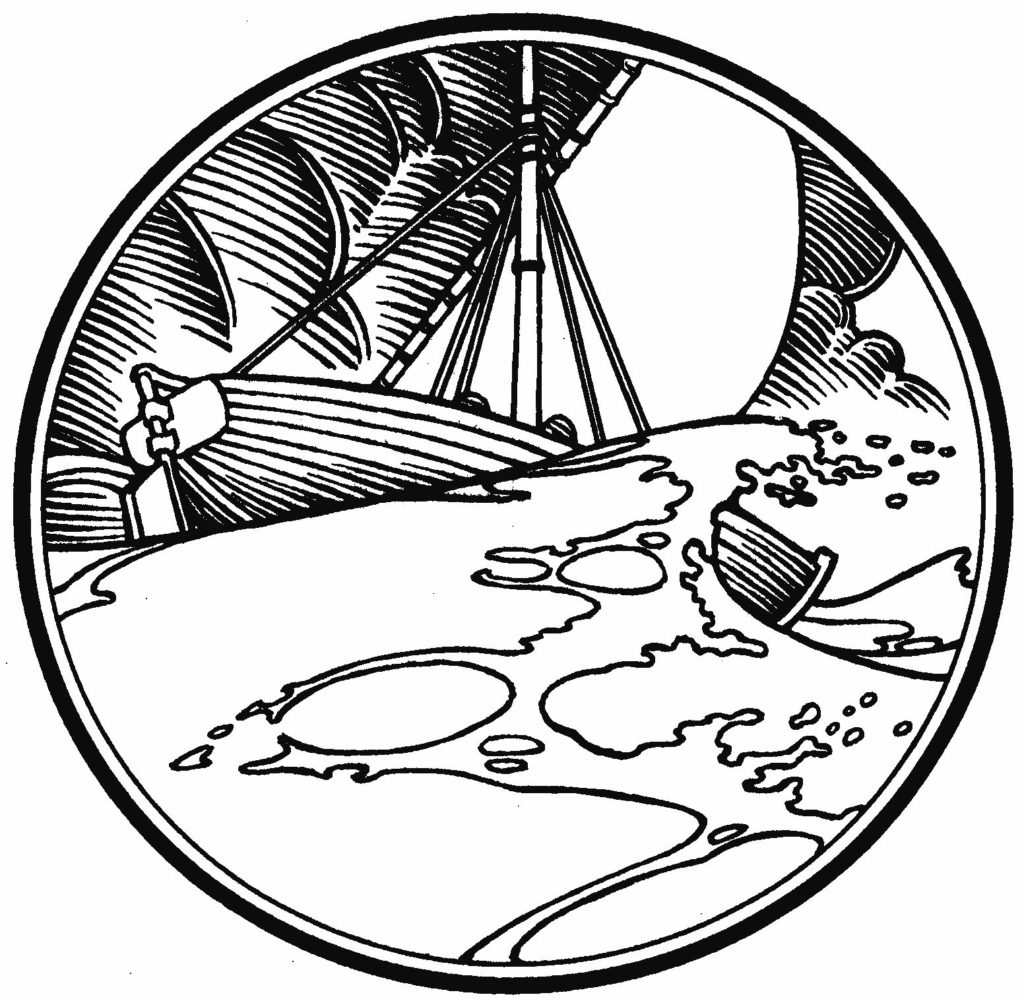 In the time of Noah, the world had become so wicked that one day God decided to wash the whole thing down the drain.

That is how seriously God regards the sin that had come to fill His creation.

After more than a year inside the ark, when it had finally run aground,

And the land had become dry,

God brought Noah and his family out.

They were certainly grateful for having been delivered;

But after going through something like that, how could they go on?

After witnessing the wages of sin with their own eyes:

After watching water fall from the heavens for 40 days and nights,

Water that killed everything and everyone, the only world they had ever known,

How could they go on living in anything but fear?

Wouldn’t every passing raincloud bring with it crippling fear and anxiety?

Wouldn’t every falling drop of water remind them of divine judgment?

If Noah and his family and their descendants ever wanted to live in peace,

They would need assurance.

They would need a promise.

It’s worth noting that this Covenant is not some kind of an agreement or deal.

It is completely one-sided.

And God will do it alone.

God alone is accountable for keeping His covenant.

So what Noah and his family get is better than a good deal.

It’s God’s very own, visible and unbreakable promise that He’ll never do that again;

And so they and their descendants don’t have to live in fear.

Fast forward to our Gospel reading this morning.

As God did to Noah, Jesus has ordered His disciples into the boat.

And then the wind and the rain came.

It wasn’t a worldwide flood, but it didn’t need to be.

It was still enough to sink them.

So, if there was ever a time to see a rainbow, this would be it.

You only get rainbows when Light and water meet.

And there’s no light in the fourth watch of the night.

There is only the darkness and the fury of the storm.

It is so fierce that in that storm, even the sight of Jesus is little consolation.

The sight of Jesus gives the disciples no relief because they still don’t know Jesus.

They did not understand what the feeding of the 5,000 had been about.

And their hearts were hardened.

That’s how it’s possible that in the middle of a deadly storm,

They can actually take a second to be terrified of Jesus, too.

Without the faith to see Jesus for who He is, He may as well have been a ghost.

Nevertheless, Jesus tells them to “take heart;” to not worry and stop being afraid.

In a word, Jesus tells them to have faith.

But they don’t have faith.

And so they go on in fear even after the storm stops.

That last part is very important.

If Noah and his family didn’t believe God,

They would have no peace, even when staring directly at His Promise in the sky.

The same goes for the disciples:

Without faith, they remain in fear even while looking Jesus in the face.

So where does this leave you?

There are parts of your life that are windy and stormy and dark;

And so even now in middle of the New England summer, you are afraid.

Afraid for your parents;

Afraid for your kids.

Afraid for your church;

Afraid for your congregation.

In the face of all that, would it really be helpful if I just told you to look at a rainbow?

That would be greeting card Christianity at best –

That is, unless, you see the rainbow the way God intended when He drew it.

According to His Word, that bow in the clouds was put there to represent a promise; One that comes by grace as gift from outside of you.

What’s more is that the bow stands between God the Father and His creation.

It is placed between God the Father and you.

And so that rainbow points to Jesus.

Not simply because, like Jesus, it stands between you and God’s judgment,

But because it actually points upward.

As a warrior hangs up his bow after a battle,

So also God, when He set His bow in the sky, He pointed it upward.

He pointed it upward because when the time came again to deal with sin,

And to deal with it once and for all,

His aim would not be set on you, but on His only Son.

The arrow of divine judgment was aimed straight into the heart of heaven.

God alone made the covenant,

And God alone would keep it.

God moved far beyond His justice.

Everything that God has done to save has been out of pure mercy.

It would have been in perfect keeping with God’s justice to let Noah and his family perish in the flood.

It would be fair to let the disciples sink in the storm.

It would be just to let you live in fear and die in sin.

But God is more merciful than He is just.

And that mercy is made known in Jesus.

The mercy pointed to by the rainbow is delivered and made known only in Christ.

God could have easily put a rainbow over the water in the midst of the storm, even at night.

There was no rainbow that night because there didn’t need to be.

Treading on the water was the Light of the World;

It is too much to believe.

And you could never muster such faith on your own,

So it has been given to you for free.

Like Noah and his family, you’ve been through the flood.

Like them you have seen and received God’s great and powerful mercy.

You received that mercy there in the font where Christ, the Word,

And the Light of the World met the water.

There the Promise of God was applied to you once and for all.

There sin was drowned, and a new creation sprang forth onto firm ground.

So when storms rage as storms will,

When death and hell assail you,

Where is your Promise?

Where will you look for it?

It is not in the sky, but where Light and Water meet for you.

God’s unbreakable Promise was delivered to you in your Baptism,

And as sure as Christ is raised from the dead, that Promise remains sure.

Not merely that the world would not perish in another flood,

But that whatever comes, Christ remains with you;

And so nothing can separate you from His love, from His mercy, and His salvation–

No sin, no storm, no sickness, no darkness, no death.

Where is your Promise?

Not only in Baptism, but here also at Christ’s altar.

“Drink of it, all of you, for this is My blood of the covenant, which is poured out for many for the forgiveness of sins.”

So when you come forward today,

Having been made firm in the faith given you in Baptism

Having been sustained by God’s Word and Spirit,

Hear Christ speak to you once again: